In this post I would like to share a handy little workaround for returning to Google Hangouts, despite Google Meet. Having narrowly escaped working at Google via acquisitions twice, I have stood by and watched as the Ad Words money-pipe funded rewrite after boondoggle after rewrite. When Google announced “Google Meet” earlier this year as an “enterprise-friendly version” of Google Hangouts, I was annoyed, but not surprised.

Google seems to be so systematically incapable of building a great product experience, that it comes as no surprise that organizations continue to be stuck in a weird limbo between Google Hangouts and Google Meet. Google Meet somehow doesn’t support nearly as many features as Google Hangouts, which I guess makes it enterprise-friendlier, but it also is broken in ways that Google Hangouts is not. Screen-sharing has never worked for me on any Linux-based browser, Chrome included, and works only to varying degrees for my colleagues on macOS or Windows. Unlike Google Hangouts, sometimes audio and video stop working inexplicably, requiring in some cases fully quitting the browser. Google Meet also removed the ability to dial-in telephones, which to me is a killer feature for Google Hangouts; any conference phone, or mobile user, regardless of customer site or location, I can at least dial-in via Google Hangouts. In order to bring those users into a Google Meet, they just be using a Google account under Google Chrome.

Fortunately, like most products at Google, Google Hangouts is not fully dead. You can still create meetings with Google Hangouts, right from within Google Meet even!

Here’s how you get to Google Hangouts: 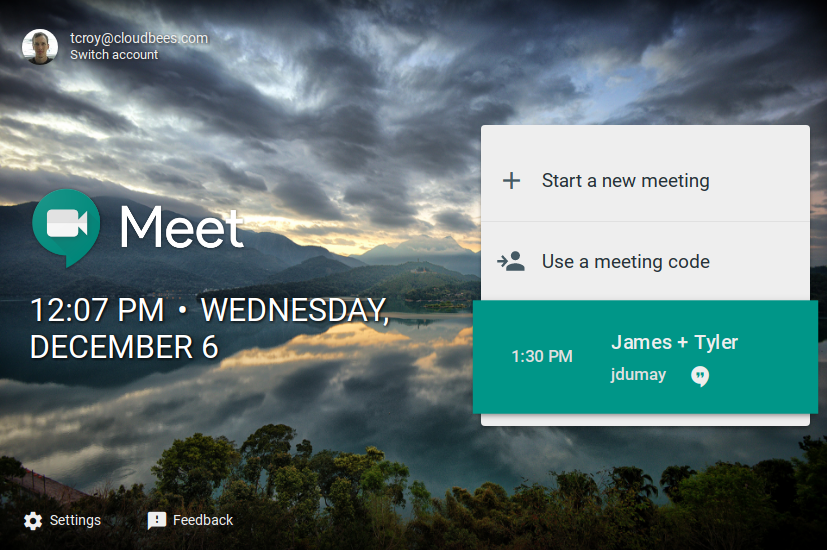 From the main Google Meet interface, click “Use Meeting Code.” 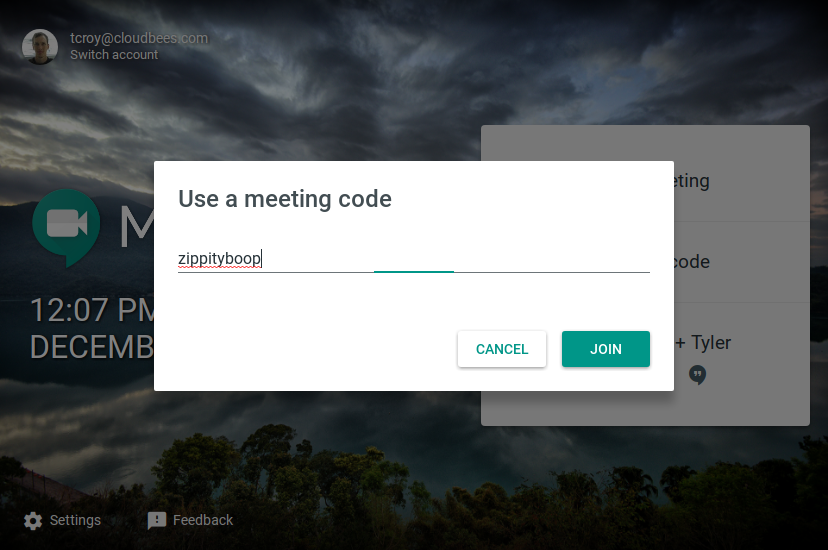 Enter in a clever name, in accordance with HR guidelines and policies, and then start your meeting. 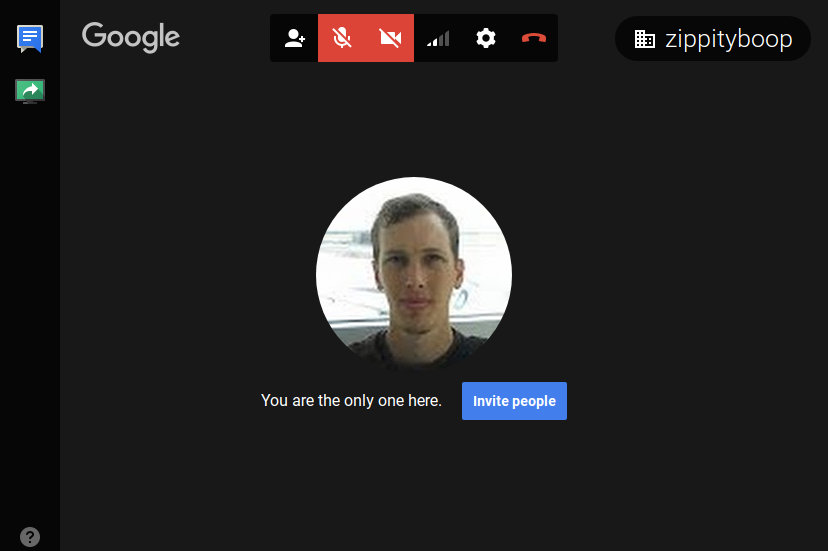 Oh hey, this looks familiar! From the old Hangouts interface, if you click the little “Add Participant” icon on the left of the top bar, you can enter in a phone number to dial-in another participant.