There are 90 days until the beginning of the week-long AIDS/LifeCycle, the 545 mile ride from San Francisco to Los Angeles to raise critically needed funds for HIV/AIDS-related services. For me, this means just under three more months to meet my fundraising goal. Not only that, this means my fellow riders and I have a shockingly small number of weekends to get our training in order!

Most of my training in February was inside on the Peloton, around 180 “miles” but more importantly manymany hours riding on the bike. My activity hasn’t simply been limited to cycling however, as cross-training is very important. I have been doing a fair bit of strength and flexibility training alongside the bike. Over the past 60+ days there has been at least one form of physical activity every single day.

We were fortunate to have some sunshine in February which allowed me to join some of my team mates for a training ride in the East Bay. The 25-mile training ride was frigid but an important milestone: getting out on the bike with other real people in the real world. The whole experience was quite enjoyable and informative. I learned that my comfortable speed, likely due to my height, puts me in the front 25% or so. Not quite in the front or the middle of the pack, I spent most of the ride on my own, huffing and puffing up the hills north of Orinda. 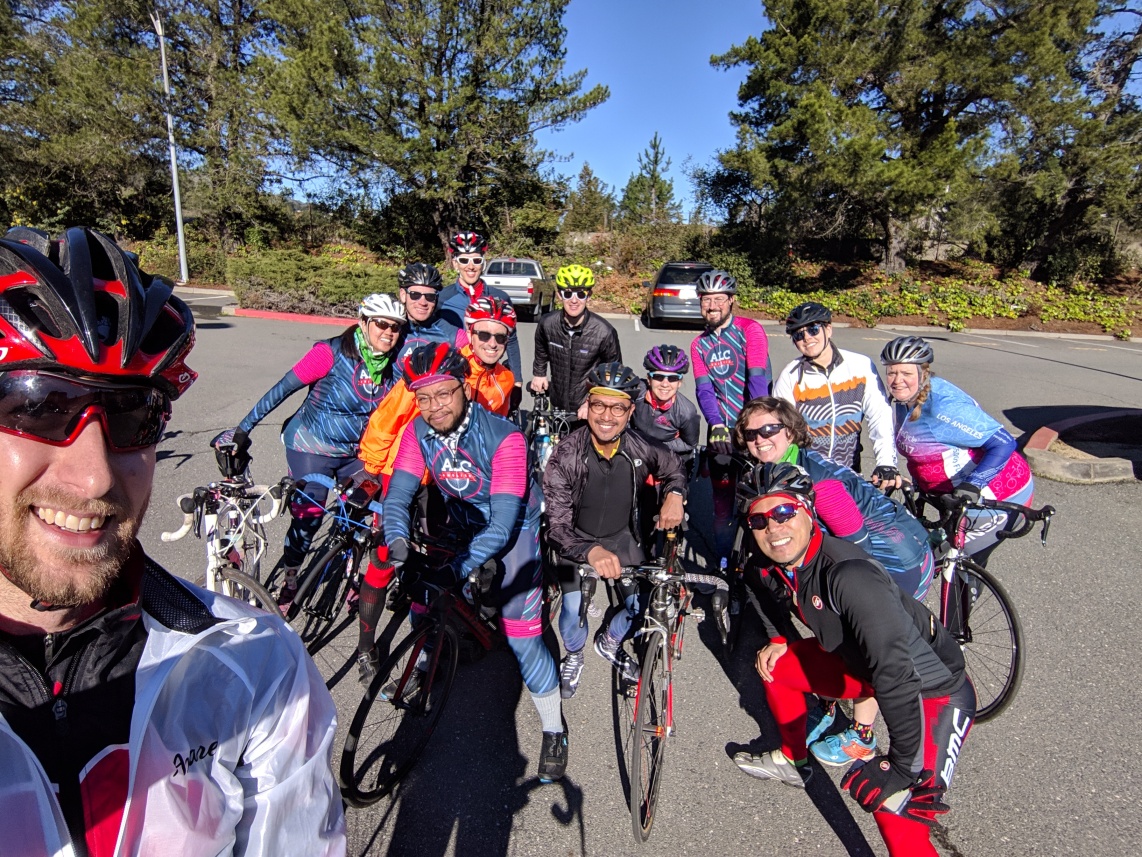 Since it was a social ride, there were a couple stops including a rather long stop-over at Peet’s. After which my legs started locking up and became far more sore than they otherwise should have. I’m in good shape to keep pedaling for a couple of hours, but cooling down and staying warm for a mid-ride break I will need to work on.

With the rain and the fog hanging low over Sonoma county this morning, it’s difficult for me to imagine that it’s only three months until I see much of California at a comfortable 20mph. If the training ride was any indication, it will be a challenging but fun week with some really great people from all around California.