People will sometimes look at my screen covered in terminal windows overflowing with text: “how do read all that?” These moments remind me how inscrutable backend development can appear to the outsider. Today I would like to introduce a tool that I hope makes a some parts a little more easy to understand: Kafkakitty

Kafkakitty is a kafkacat-inspired utility which brings Kafka messages to your browser in real-time. Building on the concepts I explored with a project years ago titled Offtopic, Kafkakitty is a tiny web application which you can run locally to provide a nice user interface to a set of Kafka streams. 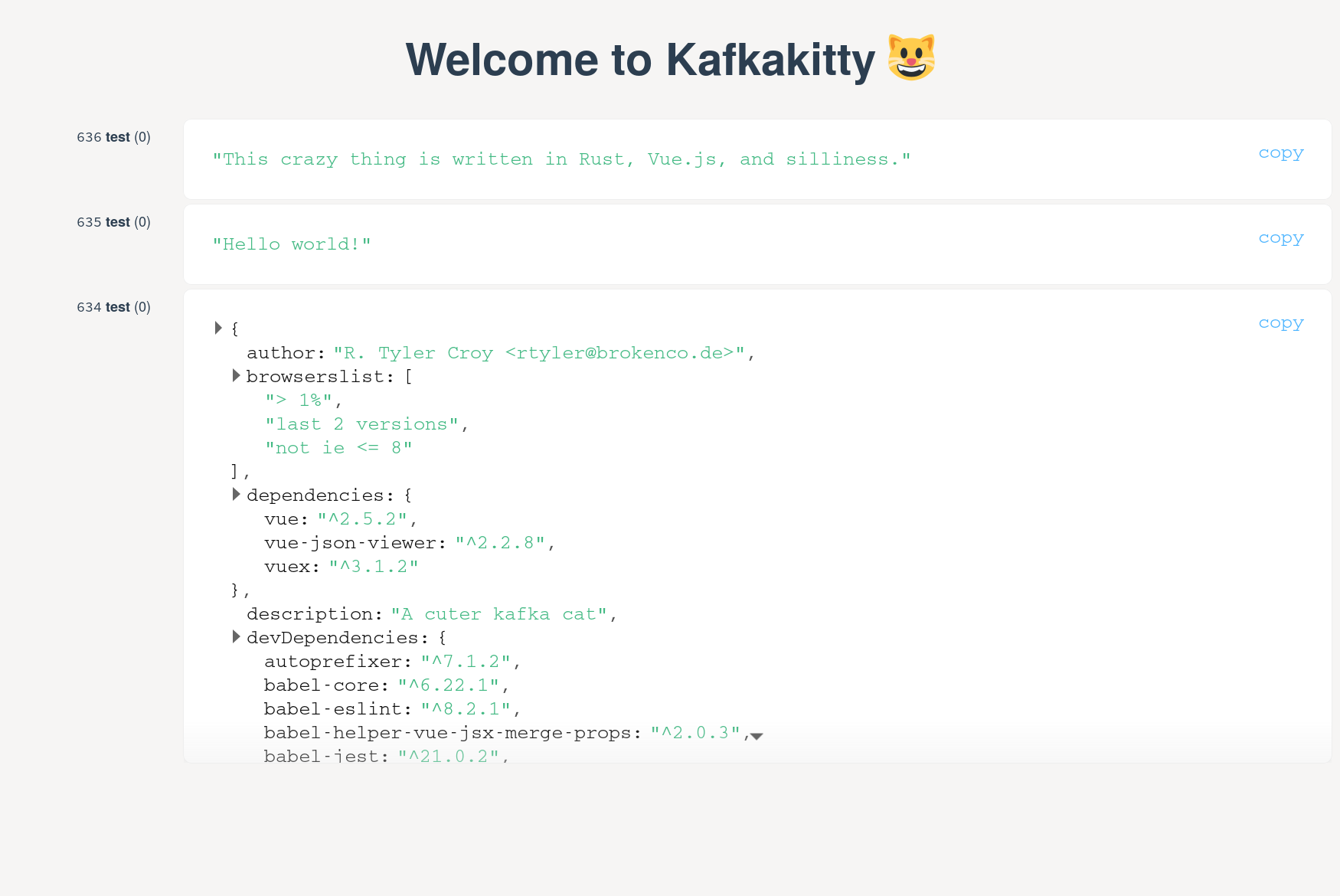 At the end of practically every week, I have invited the Core Platform team to “find your square on the carpet for show-and-tell.” The goal of show-and-tell is to share something you have learned this week, document a failed approach, or show something off. For a period of time, we had a lot of exploratory work with Apache Kafka. Like most pieces of backend infrastructure, Apache Kafka does not “demo well.” As one project continued across multiple weeks, demos often times would just be two terminals: one running our software, another running kafkacat. “Two terminals” became a running gag for the team. “Hold on a sec, let me get two terminals running..”

Kafkakitty is a single binary like kafkacat, and similarly Kafkakitty can be run on your local machine and consume from a remote Kafka cluster. Unlike kafkacat however, Kafkakitty relies on your browser to provide a richer visualization of the messages arriving in the specified topics. Built in Rust and Vue.js, the project is in its early stages but works quite well for me against unauthenticated Kafka environments.

I’m hoping it will prove useful for more people to understand Kafka and the events which backend systems are relaying through the system. Maybe it will even replace the “two terminals” demo sometime soon!