The web is getting faster but feeling slower, something which I have complained about loudly on Twitter but now some folks have put together data to back it up. The web is simultaneously a medium to transmit documents (e.g. an article) and an application platform (e.g. Jira). Anecdotally it seems to me like far too many publishers think of the web only as the latter. There are more and more websites which require significant JavaScript or other multimedia resources to render what ends up being a few paragraphs of text. If you don’t believe me, just visit the website for your local television news station with NoScript turned on. In my own way, I have been resisting this push by keeping this blog as barebones as neceessary to present the content you’re reading now. On a whim, I recently took this idea a little bit further by deploying a Gopher site (viewable over HTTP via a proxy). 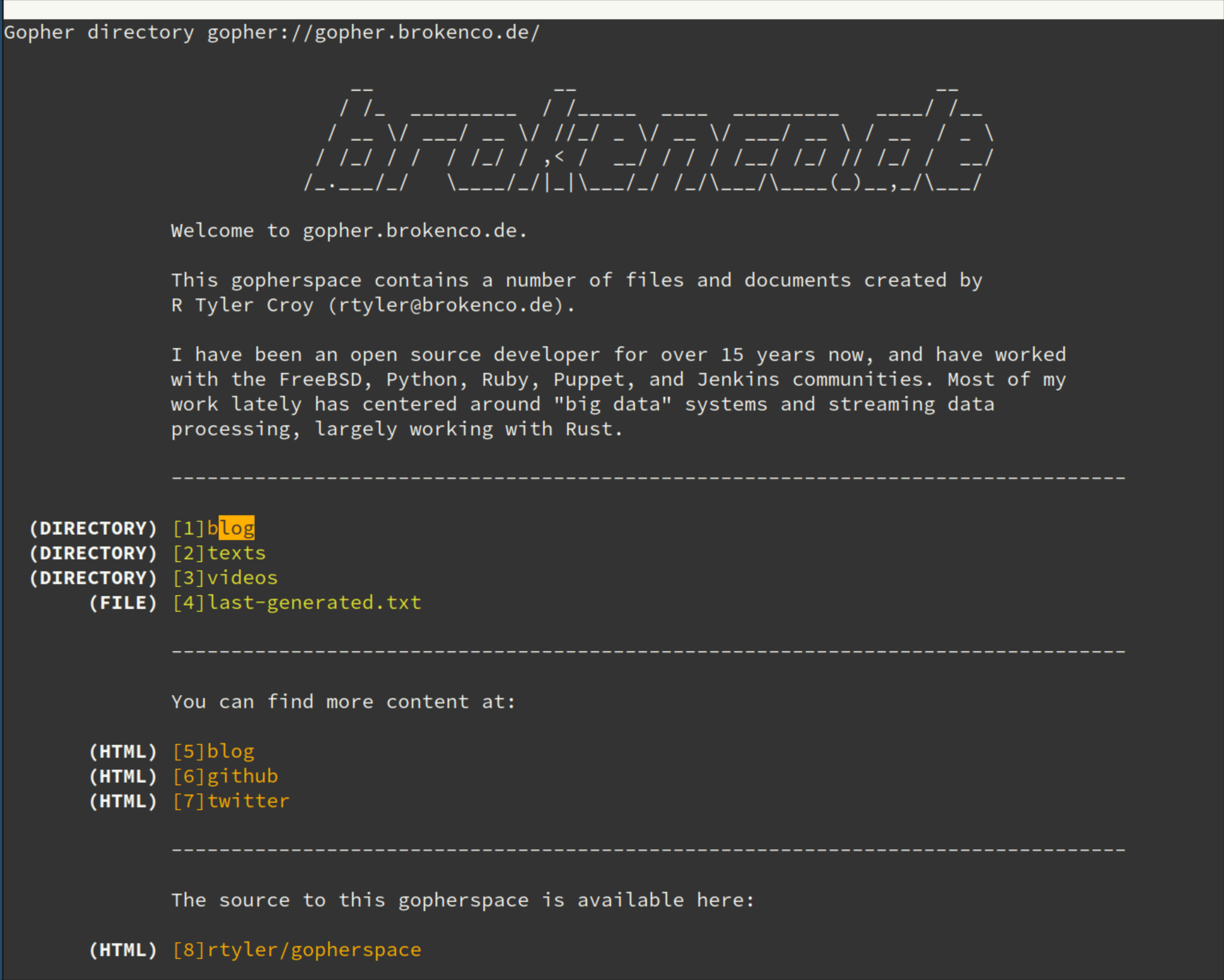 Gopher is old, somewhat primitive, but still captures my interest because of those qualities. By and large I have filled up my gopher site with this blog content, a couple other text files, and archives of some of my video presentations which I downloaded from YouTube.

When I first started tinkering around with the idea, I was absolutely floored by how fast content was loading via some of the Gopher sites I was visiting, even over Tor the responsiveness of sending a few kilobytes cannot be understated.

I do not plan on publishing too much content “exclusively” via Gopher, since HTTP is where most things on the internet are happening these days. I have however set up an automatic publishing pipeline for my blog and other content to automatically go to gopher.brokenco.de once it has been committed.

Personally I find elinks to be a good Gopher client, though others do exist. If you’re interested in exploring some of the content that lives on the interview via Gopher, I recommend starting at gopherproject.org. Have fun! :)