It is a little (unknown) fact that my first job as a software developer was writing C code, for the network group at Texas A&M University. Like most student developers, my work never saw the light of day, mostly because I never finished it, but I did learn an incredible amount working on my little project made for one.

I had never expected that 6 years later in my career, I’d somehow still be dealing with some of the same issues, in the same crusty 30 year old language: C. I feel I should note that every job that I’ve ever had, except one, involved writing C code at some point, odd. 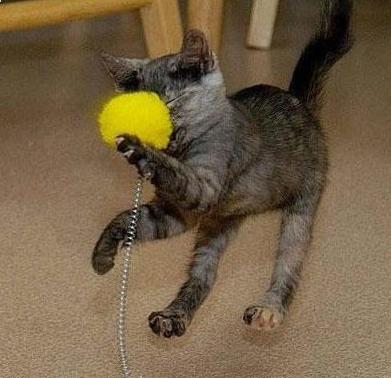 To be honest I’m both surprised and irritated by C’s longevity as a systems language. When I scan the landscape for the titans of modern web software I see it everywhere. Redis, Nginx, Python, Ruby, MySQL, Apache, HAProxy and the list goes on and on. Don’t get me wrong, C is a very fast and suitable tool to build all these services, it’s just so damn dangerous that I’m shocked how much it’s still used.

My mind immediately goes to this study that I had read at some point regarding comparisons of development costs and defect rates between very similar C and Ada projects. While the study is almost as old as I am, it strikes a chord with me every time I am working on some C-based projects.

Take this code from the Redis code base for example, which I recently had the pleasure of working with. I am aware that Salvatore is a brilliant hacker but this is madness. If you cannot easily grok the code, I’ll clarify what this tiny library does: in order to provide dynamically sizable strings in C, this code will allocate a block of memory for a string that looks like this:

A little goofy, but easy to understand and deal with. Except for the fact that the pointer that is passed around is to address 9 instead of 0, meaning all operations that work with the entire block perform pointer arithmetic to calculate the appropriate starting address for the block. For example, here’s the sdsfree implementation:

I have two reasons for picking on this specific code, and they were both in the form of gnarly core dumps I’ve spent resolving the past couple days. If at any point in your program you or anybody else accidentally passes a char* into any of these SDS functions, your program will crash and there’s nothing your compiler can do to save you from this. Since the sds is a typedef of char* not only will you never see any compiler warnings, you won’t see any warnings from static analysis tools either.

I’ve heard people say that one of the problems with C++ is that it gives you too much rope with which to hang yourself. If that’s the case, C not only gives the the rope but double-dog dares you to try to hang yourself with it.

Perhaps in another post I’ll detail how pointers and types are handled in Ada, which I think is a major improvement of the C model without sacrificing speed. I don’t mean to imply that everything that is written in C should really be written in Ada, I just find the language’s solution to this problem to be interesting. Instead of Ada, pick Java, Python, Scala, Ruby, D or any other language that’s been developed in the post-K&R world, they all have built on top of the lessons learned from C’s short-comings.

It’s been almost 40 years since C was first introduced; that’s over two or three generations of programmers hanging themselves.

Disclaimer: I actually like working on projects in C, it’s always an interesting challenge, like starting arguments with my wife I have no chance of winning.